This page has been established to facilitate sharing of information with other Inkpen/Inkpin researchers. It is not a full one-name study but a contribution to it should someone decide to start one. The surname is derived from a geographical locality; 'of Inkpen,' a parish near Hungerford, in Berkshire. Literally, the 'pen, or enclosure of Inge,' the first settler.

The surname distribution maps show that there are a number of Inkpen "clans" scattered over southern England. The Laughton clan documented here was just one of these. The Inkpen name appears to have come to Laughton in East Sussex in the early 1600s. They remained there until c1800 and then disappeared from that parish. In fact, Laughton does not show in the 1881 Inkpen surname distribution map below. Neither does the locality of the origin of the surname show on the map (the village of Inkpen in Berkshire), an indication of the low numbers of people with the surname (463 people with the surname Inkpen/Inkpin in the 1881 census) and the mobility of people over time.

The Laughton family tree is presented below. The aim of is to preserve the work and stimulate discussion and verification by others. Please contact me if you disagree with any of the connections and/or have further information. 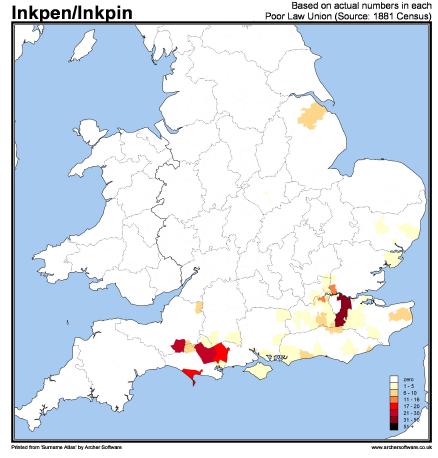 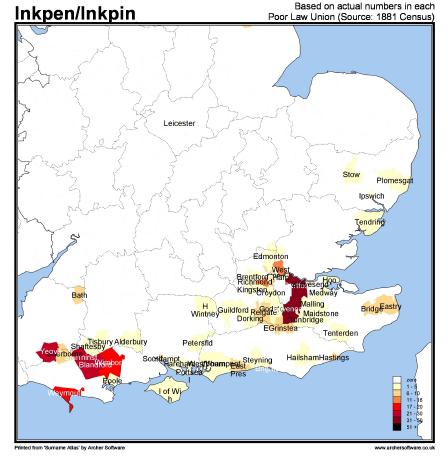 The following descendant chart is the primary INKPEN/INKPIN family tree in East Sussex.